How to create and use a Base 44 Rate in Radionics? 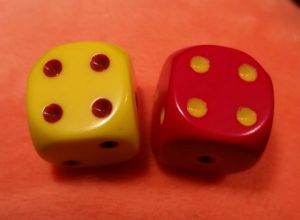 In Radionics the most versatile way of expressing a corrective treatment or remedy is by using a number or a series of digits.  They are far more easy to use than card sets An independent and confident practitioner is also free to create their own.  Using sets of cards/patterns can feel limiting.

There are different number formats for these Rates.  In this blog I will be looking at the Base 10 and Base 44 systems.  I will be describing how they are used within an analysis and treatment.

Radionic instrumentation was built by the De La Warr laboratories in Oxfordshire.  They typically had a series or banks of dials.  These were set individually to represent the rate that was being ‘broadcast’ to the client or target.  Dials were calibrated from 0 to 10
The numbers were called Base 10 rates.  In actual fact they are base 11.  A number 10 never appears in a base 10 (decimal) number which is the numerology that most of us work with in day to day life.  So much so that we hardly think of it.

Malcom Rae developed a set of instrumentation where the dials were calibrated from 0 to 10 and 0 to 44.  The dials could be set to represent a Base 10 or a Base 44 number.  (Yes a Base 44 number is actually a Base 45)  According to my teacher H. Lucie Bidie, Malcolm believed that these Rates were for a different aspect of a Radionic treatment.  Not for treating locations or conditions.  Lucie felt it was important for her to purchase one of Malcolm’s instruments.  She soon started creating Base 44 Rates.  Here is how she taught me to create a Base 44 Rate.

Video – Creating a Base 44 Radionic Rate

How to use the Base 44 Rates

In my Framework Dowsing system I refer to the Base 44 Rates as the Planetary Rays and Forces.
They fall within the following 8 categories.

After creating and using Base 44 rates for nearly 30 years I read the book ’Cycles of Heaven’ Playfair and Hill.   I feel this book outlines some of the breadth and scope of the Base 44 Rates when I use them for Radionic treatments.
Another interesting books Cosmic Forces of Mu
https://archive.org/stream/CosmicForcesOfMu/cosmforcmu#page/n9/mode/2up

Base 44 rates are used to support and re-balance physiology of humans, plants and animals and have also been indicated for treating places, spaces and buildings.  They are rarely called upon for clearing toxins or treating ‘illnesses’.

To me the using the base 44’s creates a compartment for a particular section of my dowsing framework.

How do you use the Base 44 or Base 33 or Base ? rates?
Have the videos for creating Base 10 and Base 44 encouraged you to create your own?